Seeking a complete change of direction after leaving Honda in 1985, Gerald turned down various offers from other leading automotive companies and took up instead an approach to move to Jersey in the Channel Islands as Managing Director of the island’s daily newspaper,’ The Jersey Evening Post’ and Chairman of a clutch of other local companies including magazine publishing, video production and commercial printing on the neighbouring island of Guernsey.  He also facilitated the group purchase of a network of CTNs on the Isle of Man.  He introduced the then revolutionary direct digital input to the newspaper, replacing the traditional hot metal type method, increased the papers level of investigative journalism as well as reader benefits like cruises and an island-wide wine club.  In less than 3 years he increased the pagination of the newspaper by 30%, added 15% to its circulation, doubling the group’s profit and tripling its share price into the bargain!

Island life however proved to be too parochial and 1989 saw him return to the UK to make his home in the West Country. He spent the next decade in ‘Mergers & Acquisitions’ as Executive Chairman of a number of small and medium sized public companies, starting with ‘The Keep Trust Plc’ which he quickly built up through multiple acquisitions from a very small base into a ‘top ten’ retail motor sector company – later sold to Arriva Plc. ‘Norfolk Finance Ltd’, a contract hire and leasing company was created from scratch and later sold to the US giant, GE Capital Corp.  He was also a non-executive director of  Fitzwilton (UK) Ltd and Fitzwilton BV.  At this time he also led the successful campaign to change the UK’s vehicle registration system.

Later he was approached by the merchant bank N M Rothschild to take over as Executive Chairman of the listed mining company’ Europe Energy Plc’, which he renamed Millennium Plc.  He also held a number of other directorships both executive and non-executive and for 5 years was one of a small number of independent directors for the venture capitalists, 3i Group Plc.

In 1996 Gerald attempted to reverse a large privately owned 11-site motor group spread across the south of England into his listed 2-site ‘Millennium’ company only to have to abort the transaction at the last moment due to a capricious vendor and investor duplicity.  He soldiered on for another 2 years but with a diminishing appetite for large scale business.

Having survived the shark-infested waters of the City of London for 10 years he withdrew from corporate life in 1998 to devote his energies to his personal passion for the art and history of Asia. He was then able to concentrate his time on travel, writing and lecturing about Asia, its culture and art as well as dealing in historical Asian artefacts. His popular lecture subjects included the colourful 250 year history of the English East India Company that became the largest corporate entity the world has ever seen and built an empire for Britain across Asia.  In total Gerald gave 300 lectures over a decade in the UK, Asia and Australia and published 2 books linked to Chinese ceramics.  Health issues brought his lecturing to an end in 2017.

Today he lives with his Japanese wife Yuriko on the picturesque Isle of Wight close to the south coast of England where he enjoys still trading small works of Asian art, riding his motorcycles and, for 2021, publishing another book. 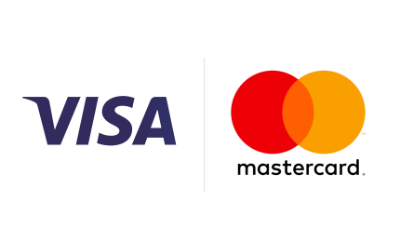